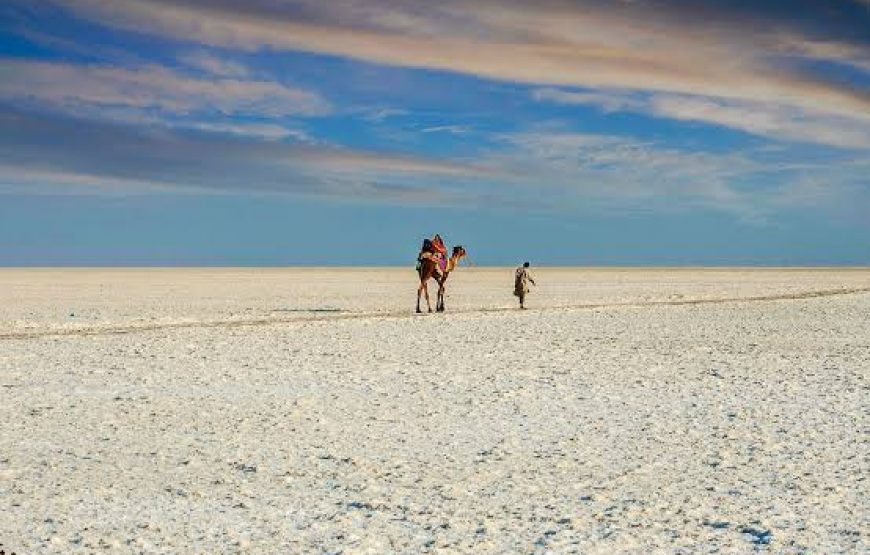 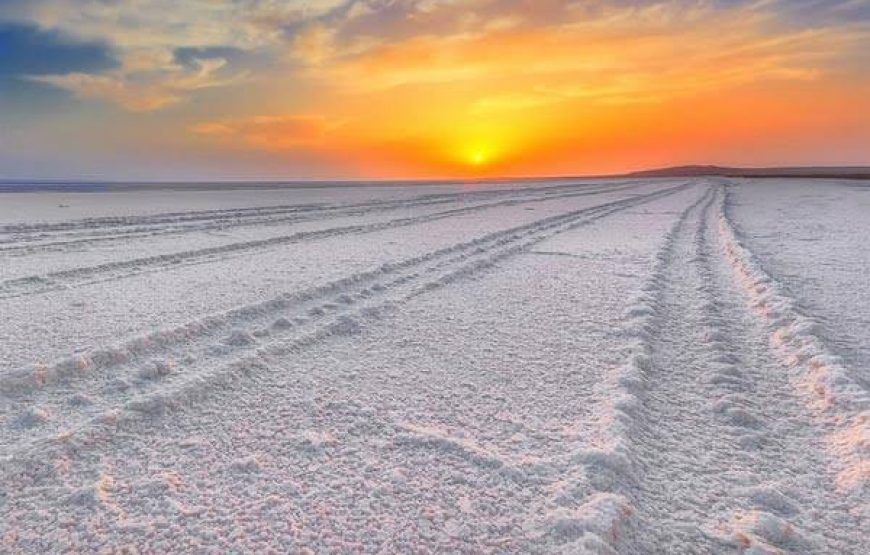 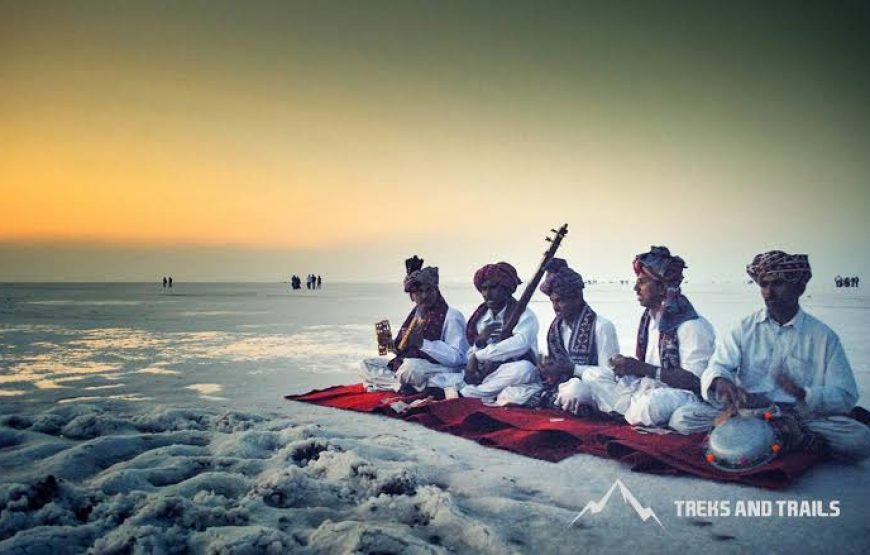 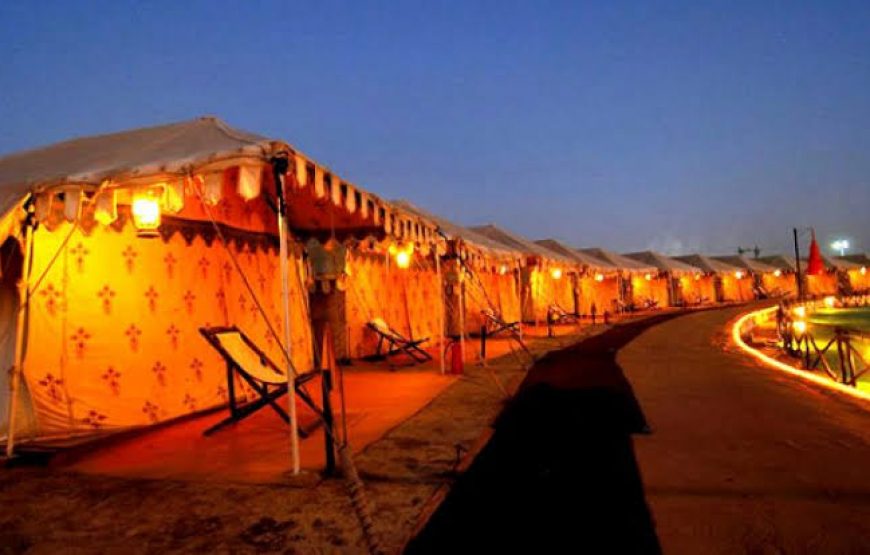 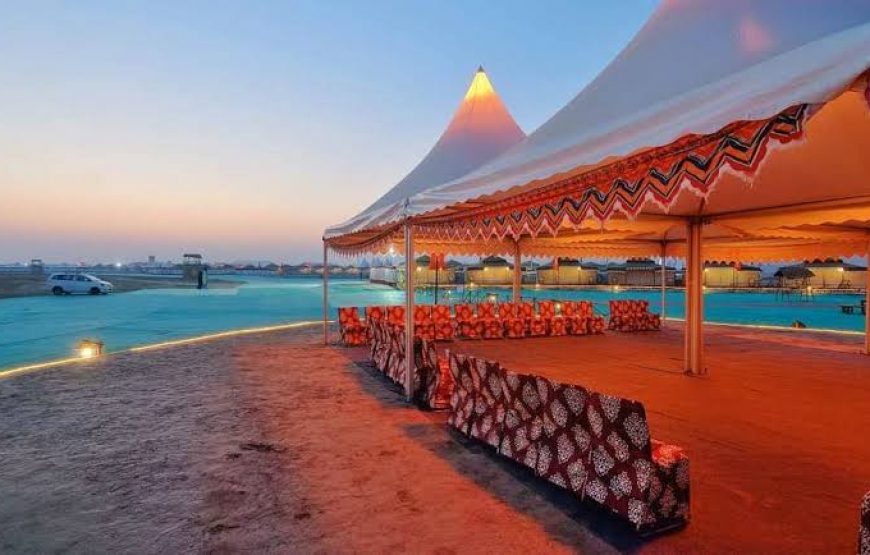 Ahmedabad to Ahmedabad at just Rs.8999/-

Kutch- The largest district of India, is a land of color, culture and spectacular topography. The term Kutch
refers to something which intermittently becomes wet and dry. A large part of the Kutch, commonly
known as the Great Rann of Kutch, remains submerged in water during the rainy season and becomes
dry during the winter

Located at a distance of 250 km from Bhuj, on Khadir beyt, in the Great Rann of Kutch, Gujarat,
Dholavira is the second largest Harappan site in India and fifth largest in Indian sub-continent. Amongst
the Harappan sites discovered so far, Dholavira is the only place that marks the presence of Harappan
culture from 2900 BC to 1500 BC. Other Place to visit here are,
– Wood fossil Park
– Sunset Point and Bhanjdo Hill in the desert
– Chipper Point

Kalo Dungar, alias Black hill is the highest point of the Kutch region at 462 meters, offering the bird’s-eye
view of the Great Rann of Kutch.

White Rann of Kutch and Ran-Utsav:

Rann Utsav is a celebration of life, festivities and culture of Kutch and Gujarat, organized by Gujarat
Tourism every year from November to February. The most colorful people with a rich cultural heritage
grace the canvas of ‘White Rann’. Kutch Rann Utsav is cradled in the largest salt marsh of the world, ‘The
Great Rann of Kutch’ near Dhordo.

Built in 1929 by Rao Vijayrajji, situated at 8 km from Mandvi, Vijay Vilas Palace is very well-maintained,
and often the scene of filming for Bollywood productions (Hum Dil De Chuke Sanam). It was built of red
sandstone in the Rajput style.
Mandvi beach is well known for its color where water is present in pure blue color and also said to be
crystal clear.

We will start our journey to Kutch from Ahmedabad at around 9:30pm

We will reach Dholavira early in the morning, After freshen up and breakfast at our homestay, we will
visit Chipper point. Post lunch we will go to visit archaeological site and have some insights. Later in the
evening we will visit Fossil Park and Sunset point in the desert. We will experience white desert beauty
in the night. We may take a short hike into the desert in the night.

Early Morning we will depart towards Rannutsav, on the way we will visit Aaina Mahel & Prag Mahel or Bhujiyo Fort. We will reach at our homestay at lunch time. After short nap, we will visit Rannutsav, Handicraft market area and enjoy cultural activity and will to witness beautiful sunset in white Rann. Later in night we will do camp fire, night walk and other activities our homestay.

Early morning, we will visit to Kalodungar where we will do shot trekking and see panoramic view of great Rann of Kutch. If time permit, we will go to visit India Bridge where we can interact with BSF. then we will go to Mandvi Palace and Beach. We will depart back to Ahmedabad in the evening.

Early Morning we will reach Ahmedabad & our tour ends with awesome experience & memories. 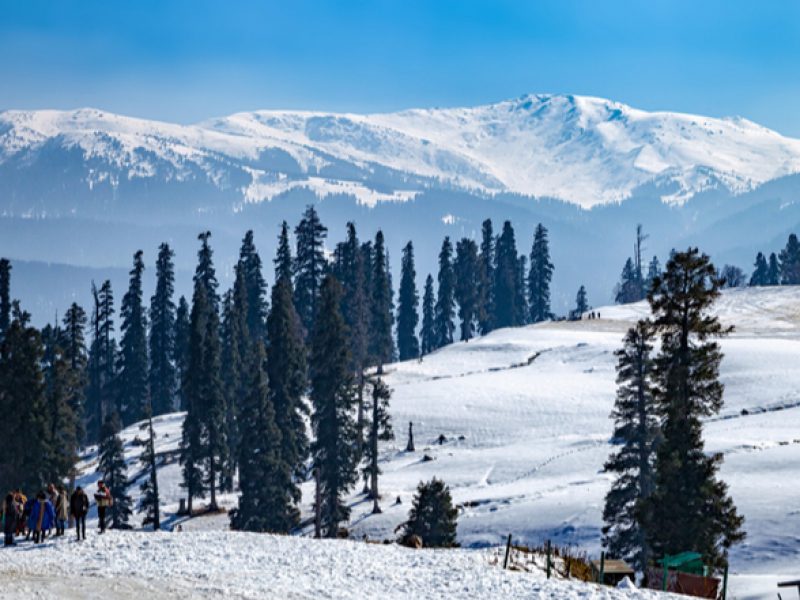 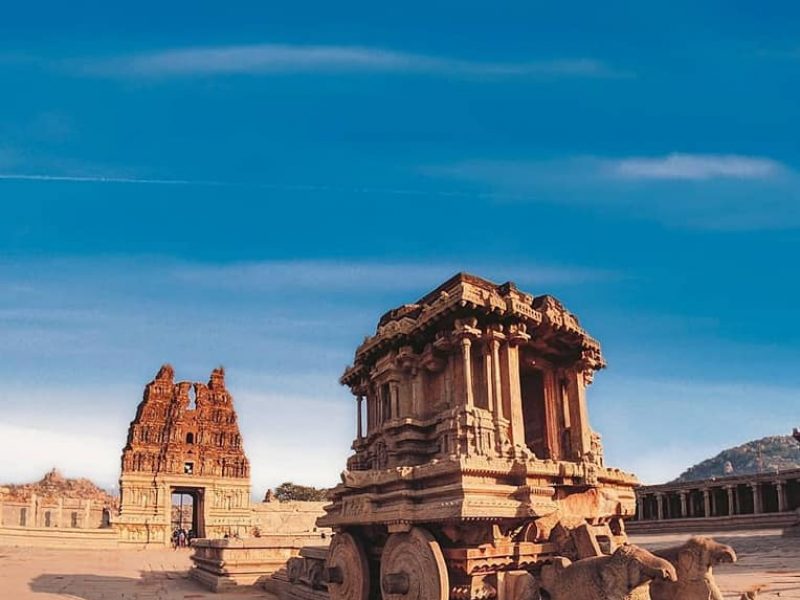 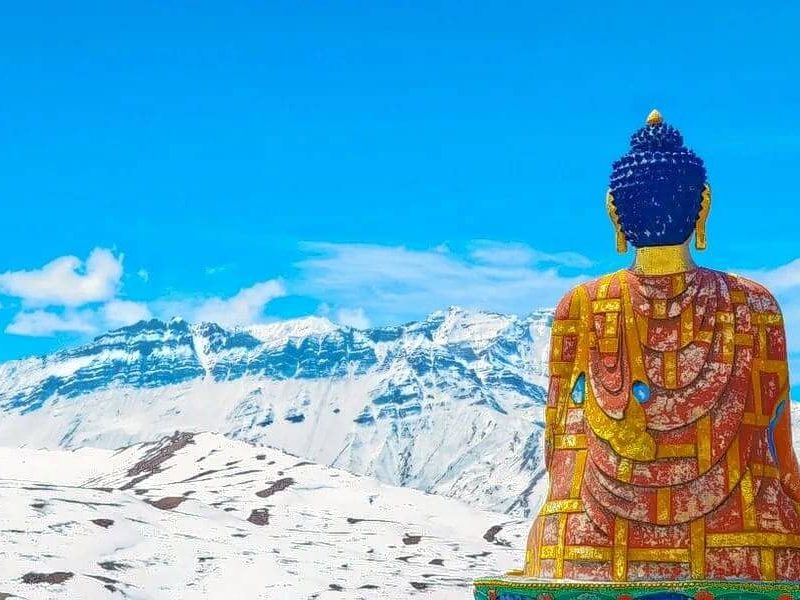